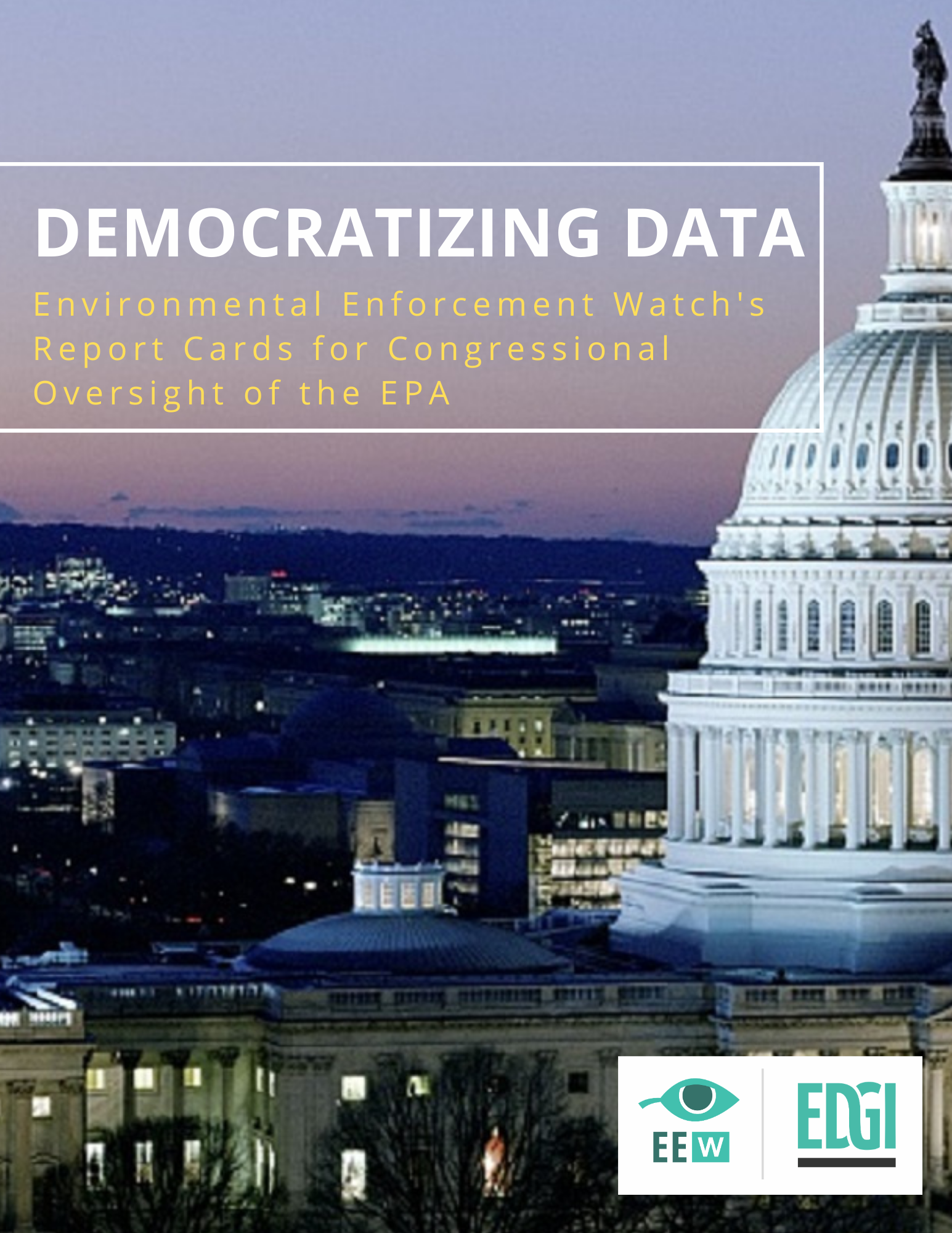 CONTACT: Report authors are available for interview. To set up media interviews or for other inquiries, please contact Shannan Lenke Stoll, ShannanStoll.edgi@gmail.com.

All the data used in the report cards and summary report are drawn from publicly available data in EPA’s Enforcement and Compliance History Online database. The Congressional Report Cards were produced using an open source data analysis tool created by EDGI. The project focuses on three of the most important environmental laws in the United States: the Clean Air Act , the Clean Water Act, and the Resource Conservation and Recovery Act.

“The numbers we present are some of the best available evidence of what is actually happening with environmental enforcement locally and regionally. Our data are drawn from districts and states representing 36% of the U.S. population. And what our analysis suggests is that there is a crisis with compliance and enforcement in these regions—those are areas where millions of Americans live. This needs to be addressed.”

“Black, Latinx, Indigenous, and low-income communities—among other historically marginalized groups—face disproportionate exposure to hazardous waste sites and polluting industries. These industries have undue influence in the writing and development of regulations, leading to standards that are not health-protective. Even still, many industrial facilities fail to even comply with these insufficient regulations. The financial penalties for doing so represent just a small fraction of their profits in the unlikely case that these penalties are enforced at all. This crisis of non-compliance, coupled with already-inadequate regulations, represents a systematic and deliberate choice to ignore environmental and human health. It has become ever clearer that we need good enforcement data in order to hold industry accountable. We want clean air, clean water, and an end to environmental racism and injustice. Strong environmental regulation is important, but it’s only as good as its enforcement.”

Reports and other project outcomes are now available on EDGI’s Environmental Enforcement Watch website. Outcomes include:

Environmental Enforcement Watch (EEW) is a collaborative project of EDGI that seeks to bring people together from different backgrounds to analyze and engage with the data from the Environmental Protection Agency’s Enforcement and Compliance History Online database.