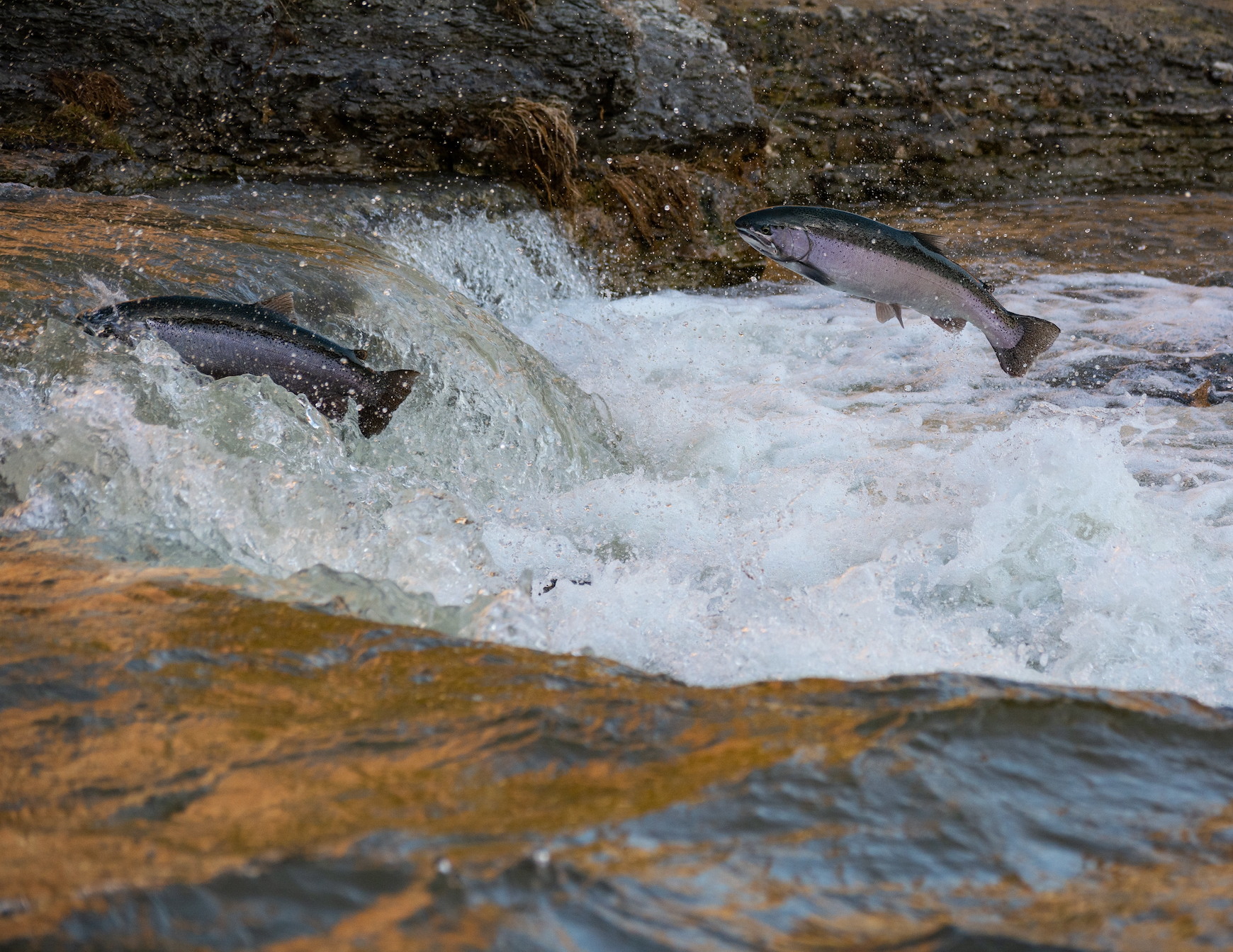 The Sauk-Suiattle Indian Tribe is bringing a case against the City of Seattle over their treaty rights, specifically for mismanagement of the Skagit River watershed, which they say impede the rights of salmon to “exist, flourish, regenerate.” As a Tlingit who researches environmental governance, this story caught my attention.

In my family, we don’t call it “fish” if it’s salmon. We handle it gently, look for the thick white stripes of the fat in the belly meat, bake it fast or saw down a green alder to bathe it in smoke all day. Salmon is special. When we eat it, we treasure it, because that flavor is part of who we are.

Over the past two years, I’ve been working with a team at the Environmental Data and Governance Initiative to develop accessible data science tools that analyze EPA permits and their violations. I wondered: Are the laws governing the water of the Skagit River doing their job? Can fish and humans use this water? So I dug into the data to find out. What these tools tell us about the Skagit Watershed (and the salmon that swim in it) is disquieting.

The EPA collects regular monitoring information on waterways across the United States and generates assessments on whether or not the waterways are “impaired” for swimming, eating fish, aquatic life, and drinking. You can look up these assessments at mywaterway.epa.gov.

“Impaired” can mean that you’ll get sick if you go swimming, that human or animal waste floats through the water, or that the temperature or pH is too high or low for fish or plants to survive. For salmon, “impaired” water can mean death; for people who eat salmon, it can mean poison.

By the assessment of the EPA, every waterway within the Skagit River watershed is either “impaired” or “condition unknown.”

The Clean Water Act’s purpose is to ensure that our waterways are fishable and swimmable. So why aren’t they?

Under the Clean Water Act, facilities receive permits to pollute up to a certain level. Most of these facilities are industrial, like a chemical-producing factory, or municipal, like a wastewater treatment plant. Failure to comply with the permit results in a violation.

To see if Skagit-area facilities are following their Clean Water Act permits, I looked at the EPA’s database–the Enforcement and Compliance History Online (ECHO). Using EDGI’s Watershed Notebook, I found 98 facilities regulated under the Clean Water Act in the Skagit River watershed.

Of these, fewer than half have complied with the law over the last three years. Fifty-one facilities have had a violation for at least one quarter. Forty-one (almost half) have violated their permits every single quarter. Clearly, facilities are not taking the law seriously. Digging a bit deeper in EPA’s enforcement records shows us why.

Over the same period and facilities, there have been a total of three enforcement actions by the EPA, two at the state level (one federal) and just one which resulted in a financial penalty, $22,375. That is to say, even with 41 facilities breaking their Clean Water Act permits every quarter of the last three years, with the full knowledge of the EPA, only one is paying any price for polluting the water.

That facility is a steel supplier six miles from the Upper Skagit Indian Reservation that has released excessive amounts of heavy metals including lead (which is neurotoxic). They have consistently violated their permits before, during, and after this fine, so we can safely conclude that it didn’t dissuade them. Other facilities that have flouted the Clean Water Act for at least the last three years and received no penalty at all include a sewage treatment plant, a dam, a quarry, and a refining facility. If you’re eating salmon from the Skagit River, you should be concerned.

I applaud the Sauk-Suiattle tribe for standing up for treaty rights, on their own behalf and on behalf of salmon. I’d like to add a call for enforcement of the Clean Water Act. It is clear that these waterways are not being adequately protected. The water is impaired, and the permits on facilities that feed into the water are not being enforced. Salmon and humans, we all deserve better.

(If you’re curious about your own waterway, you can use my tools to investigate at environmentalenforcementwatch.org/data/notebooks)