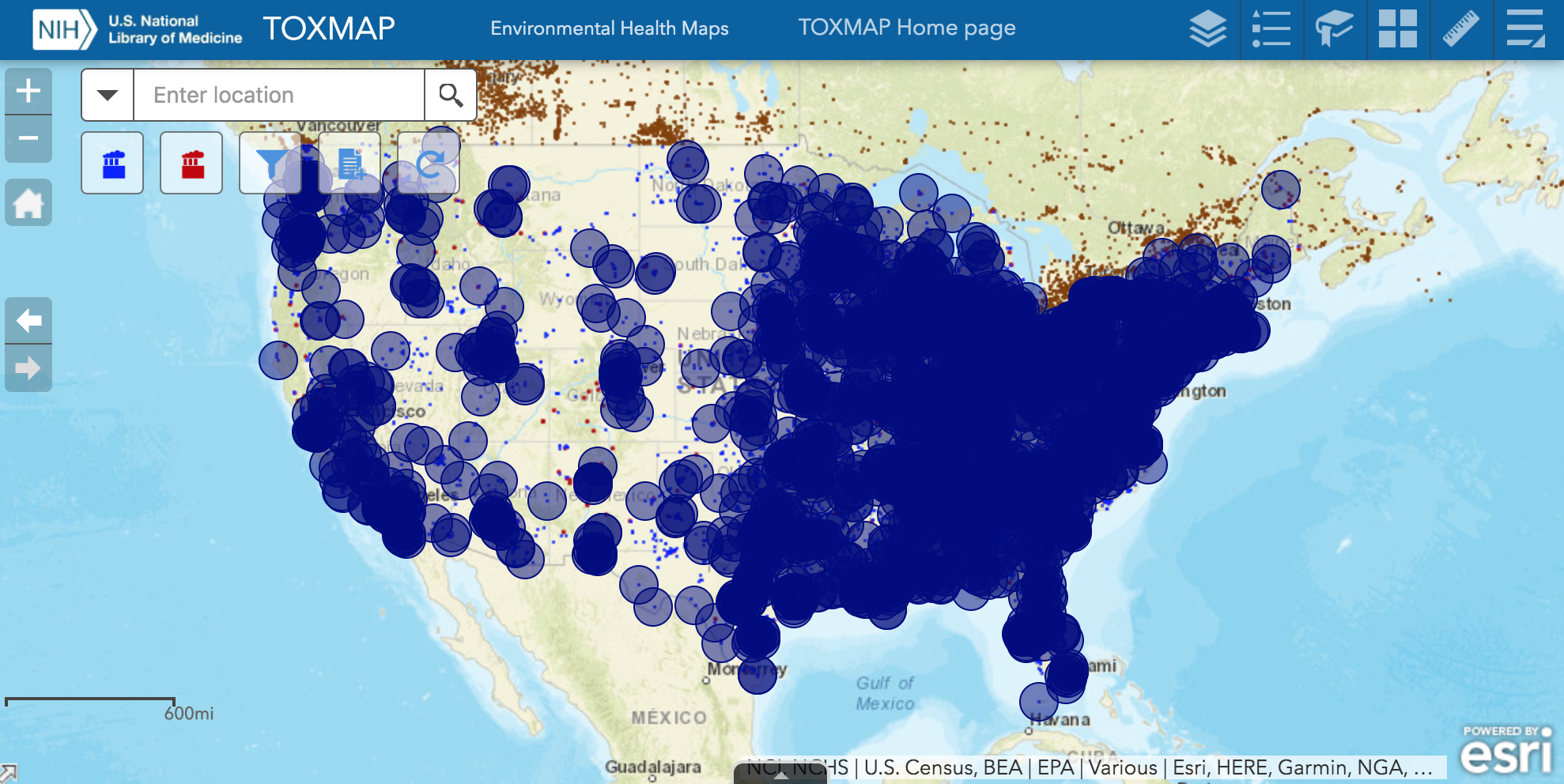 By Chris Sellers and EDGI

On December 16, the National Library of Medicine is retiring the revelatory environmental mapping tool known as ToxMap.  Ever so quietly, the door will close on what has arguably become the most accessible and user-friendly portal created by the federal government for letting Americans know about the toxics lurking next door.

When EDGI colleague Sara Wylie informed us of the NLM’s decision, my initial shock flowed  from my years of relying on ToxMap in the classroom. On the very first day of the environmental history class I teach at my university, I open it up to show students just how many toxic releases are happening on or near their own university campus and in the towns where they had grown up.   Students snap to alertness, and a few jaws drop. Toxmap serves as an effective reality check, alerting them to just how pervasive and proximate toxic chemicals have become across the American landscape.

But with the National Library of Medicine now apparently abandoning this project, via a shuttering of their “Specialized Information Services” and a divvying up of the rest of the “Toxnet” website it maintained, those lessons suddenly become harder to teach.  Instead of a front-page map with locations, toxic releases, enforcement actions, and health effects all available at a glance and a click, the only substitutes provided by the government are harder to find, often more partial and difficult to navigate, and frequently culminate in eye-glazing spreadsheets of numbers.  With very little ado, access is corroding to a kind of information that is not just my students’ but all Americans’ right to know.

ToxMap of lead releases across the US: 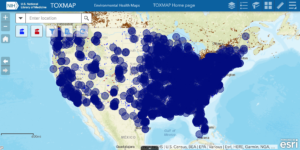 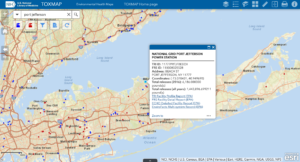 ToxMap began in 2004 as a way of culling data EPA collects on toxic releases and conveying it to the public in more accessible and relevant way: through maps.  Thanks largely to the 1986 Emergency Planning and Community Right-to-Know Act (EPCRA), the agency had been collecting huge amounts of data on chemicals of concern being released from individual facilities—the Toxic Release Inventory.  But until the early 2000s, this vast store of “public” information demanded considerable time and expertise to find and tap, much less to interpret.

The development of ToxMap was part of a broader government push towards data transparency in the era of the internet and the World Wide Web.  Under growing pressure from environmental community, and other citizens groups, federal officials increasingly recognized that data remaining exclusively or mostly in their own or other experts’ hands was not enough.  Only through effective and accessible visual communication of publicly relevant data could it be made genuinely public. The opportunities provided by the internet were transforming the obligations of public officials, turning digital availability and accessibility of critical information into a core underpinning of ours and other democracies.  As the EPA itself began to compile enforcement data alongside that from other programs into publicly available database format, a new Enforcement and Compliance History Online (ECHO), the National Library of Medicine’s innovative ToxMap drew on the growing capabilities of mapping software to find, show, and correlate key environmental data geographically.

ToxMap made it much easier to find out about the chemicals a plant in your neighborhood was releasing into the local water or air, or about where the nearest hazardous wastes sites lay.  No longer was the EPA’s vast store of data restricted to those with the access and training to sift through databases & spreadsheets; suddenly another level of environmental awareness was just a click or two away.  As the interface improved over the early 2010s, the NLM also added geographic information on cancer (from the National Cancer Institute) and mortality rates (from CDC’s National Center for Health Statistics), thereby adding to the factual contexts which ToxMap could furnish to help communities frame an effective understanding of their environmental dilemmas and concerns.

The EPA itself has subsequently developed its mapping tools, vaguely referenced by the NLM as where Toxmap’s data may be “searched” upon its demise.  But in the view of EDGI researchers such as Eric Nost and myself, none of these can substitute for ToxMap’s combination of accessibility and data synthesis (check them out to decide for yourself, via links below). 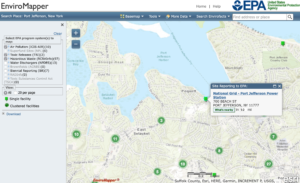 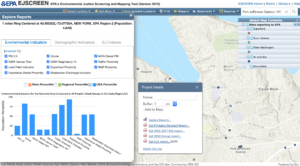 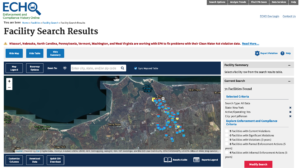 State-by-state comparison maps are also available through ECHO but are no longer being updated. 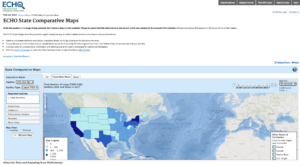 Disheartening as the demise of ToxMap itself is, still more worrisome is how its disappearance only extends that larger pattern of decreasing transparency of environmental data during the Trump era which our group EDGI continues to track.  Certainly there is a chance that the retirement of ToxMap, after an updating just this past year, is simply an inadvertent by-product of a bureaucratic reshuffling at NLM.  Yet ToxMap’s end accords with a larger pattern spanning federal environmental agencies whose intentions have been far from quiet, even loudly trumpeted.   The dismantling of such a usable public platform connecting health and environmental data certainly accords with the EPA’s own declared strategies, of seeking to exclude so many environmental health studies from policy-making and to neglect or defund on-going environmental health investigations.  Whether these parallels are intentional or not, our National Library of Medicine has now joined this administration’s ideologically-driven anti-science crusade, effectively shrinking the public’s access to environmental as well as disease and mortality data.

As with so many other fronts in the Trump Administration’s interlocking wars against science and environmental regulation, the prevailing hope seems to be that pushing the facts out of sight will diminish Americans’ concerns about the environment.  But when a government actively makes it harder for people to know about toxic contaminants nearby, and word gets out, what happens then? Once enough people and organizations become aware, once they step up to resist the undermining of science as well as this on-going burial of vital public data, the effects may well run in the opposite direction. Our hope at EDGI is that thereby, the federal government’s commitment to Americans’ environmental right-to-know can be reborn, to flourish in ways it never truly has.