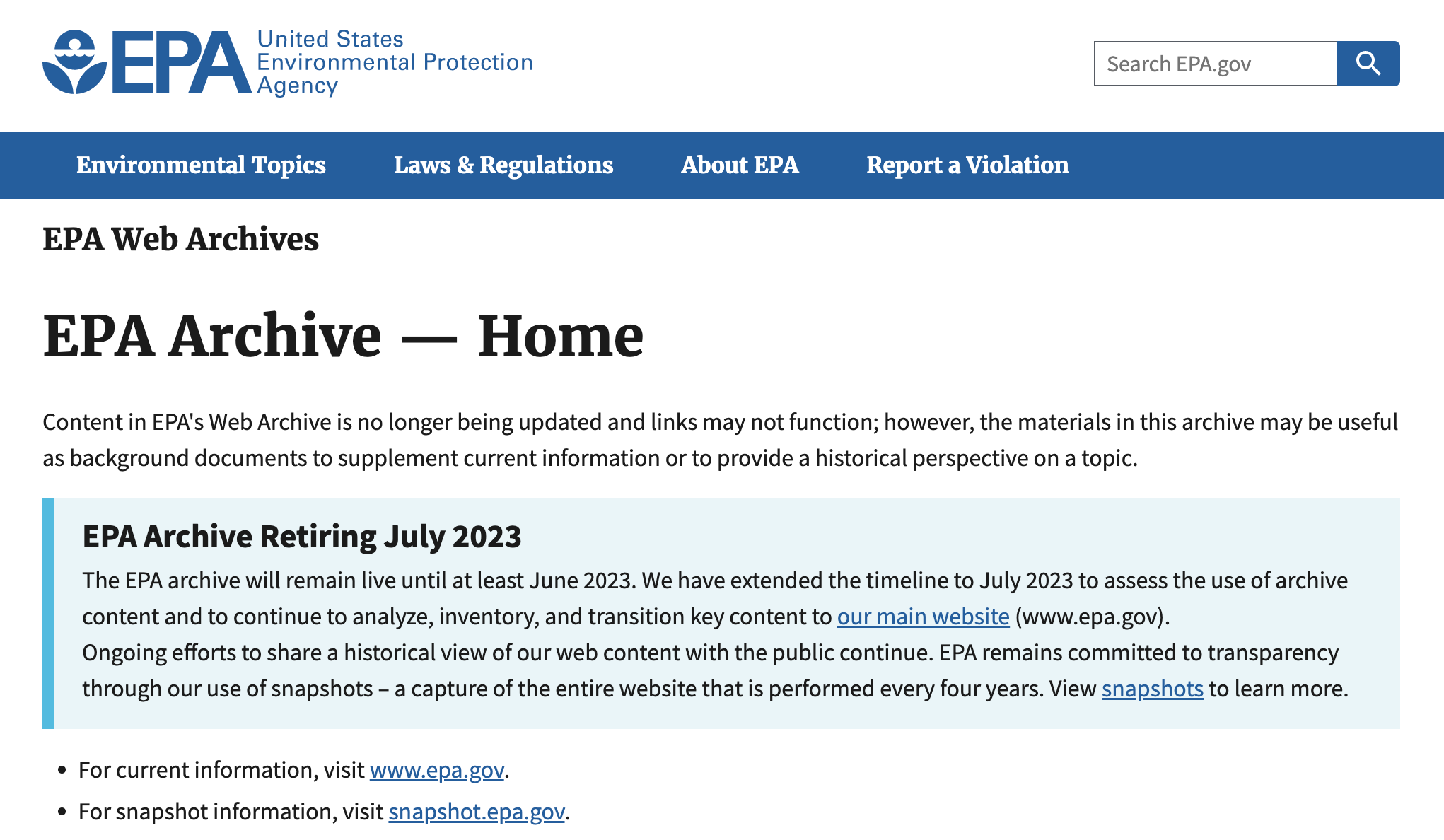 Tuesday July 19, 2022, after recently announcing the planned sunsetting of portions of its online archive, the U.S. Environmental Protection Agency updated their Web Archive website with an announcement that the archive in its entirety will remain online until at least July 2023. The EPA stated that they extended the timeline “to assess the use of archive content and to continue to analyze, inventory, and transition key content to our main website.” This comes after EDGI and other environmental groups sent an open letter to the agency, urging them to keep this critical public resource online.

“We’re pleased that the EPA has listened to what we and so many other organizations have been saying: these web documents are important public resources. They are vital to understanding our federal environmental governance, from past policies and practices, to agency perspectives on critical environmental issues. These documents should belong to the public in an easily accessible manner, and we encourage the EPA to invest in improving its online archive rather than simply shuttering it and making hundreds of thousands of resources more challenging or impossible to access.”

“Let’s hope this year can be used to devise a plan to maintain and expand robust, ongoing public access to these crucial climate change, toxics policy, and other important EPA documents.”