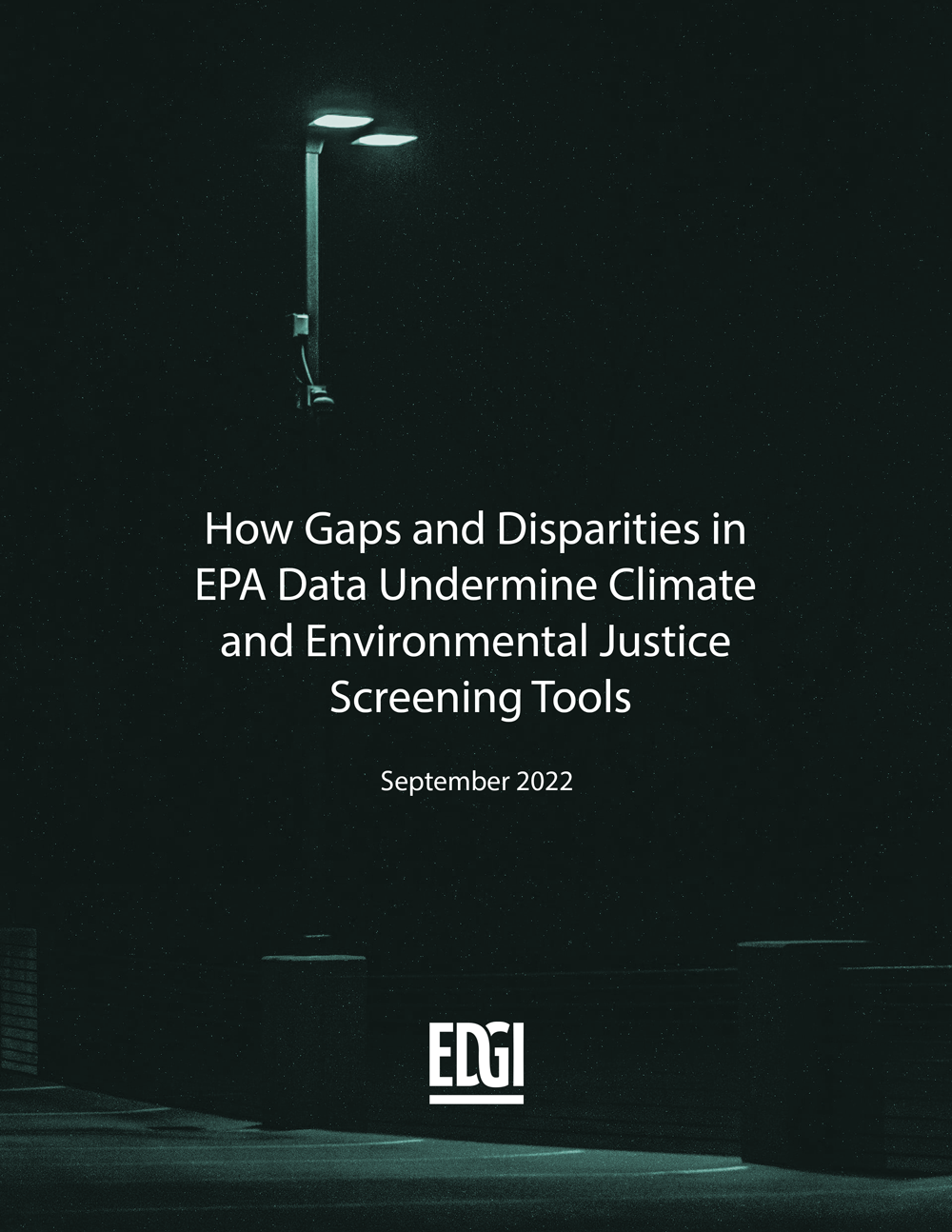 Webmaps that are meant to evaluate and “screen” neighborhoods for environmental injustices have seen a lot of interest in both the United States and Canada lately. From informing where to distribute climate funding in the US as “Justice 40” to Canada’s Bill C-226, the pursuit of environmental equity has led to a strongly felt need for data and mapping tools that overlay environmental health with racial and income disparities. Indeed, this approach was even enshrined as law in the recent Inflation Reduction Act, which included Rep. Cori Bush and Sen. Ed Markey’s Environmental Justice Mapping Bill. But maps made with incomplete or inaccurate data can create false impressions with real-world consequences — like reinforcing existing disparities.

EDGI’s research with the Public Interest Technology team from Olin College (PInT) begins to explore gaps and disparities in the data the US Environmental Protection Agency (EPA) uses to track violations and enforce compliance of the Clean Water, Clean Air, Resource Conservation and Recovery, and Safe Drinking Water Acts (CWA, CAA, RCRA, SDWA). We use open and replicable analytical methods to make counts of missing data in these major programs.

We interpret these findings in light of what EDGI members have dubbed “environmental data justice,” a framework for examining the role of data in environmental justice in terms of “who benefits from data-driven decision-making, what counts as data, and what constitutes data ownership.” We believe that to design accurate and just climate and environmental justice screening programs, public agencies must:

It’s important from a community perspective to not delay action on environmental injustices because of missing data and data disparities, but to add improving data completeness as an overall objective for Justice 40 and similar initiatives.

CONTACT: Report authors are available for interview. To set up media interviews or for other inquiries, please contact Kelly Wilkins at kelly.wilkins@envirodatagov.org.