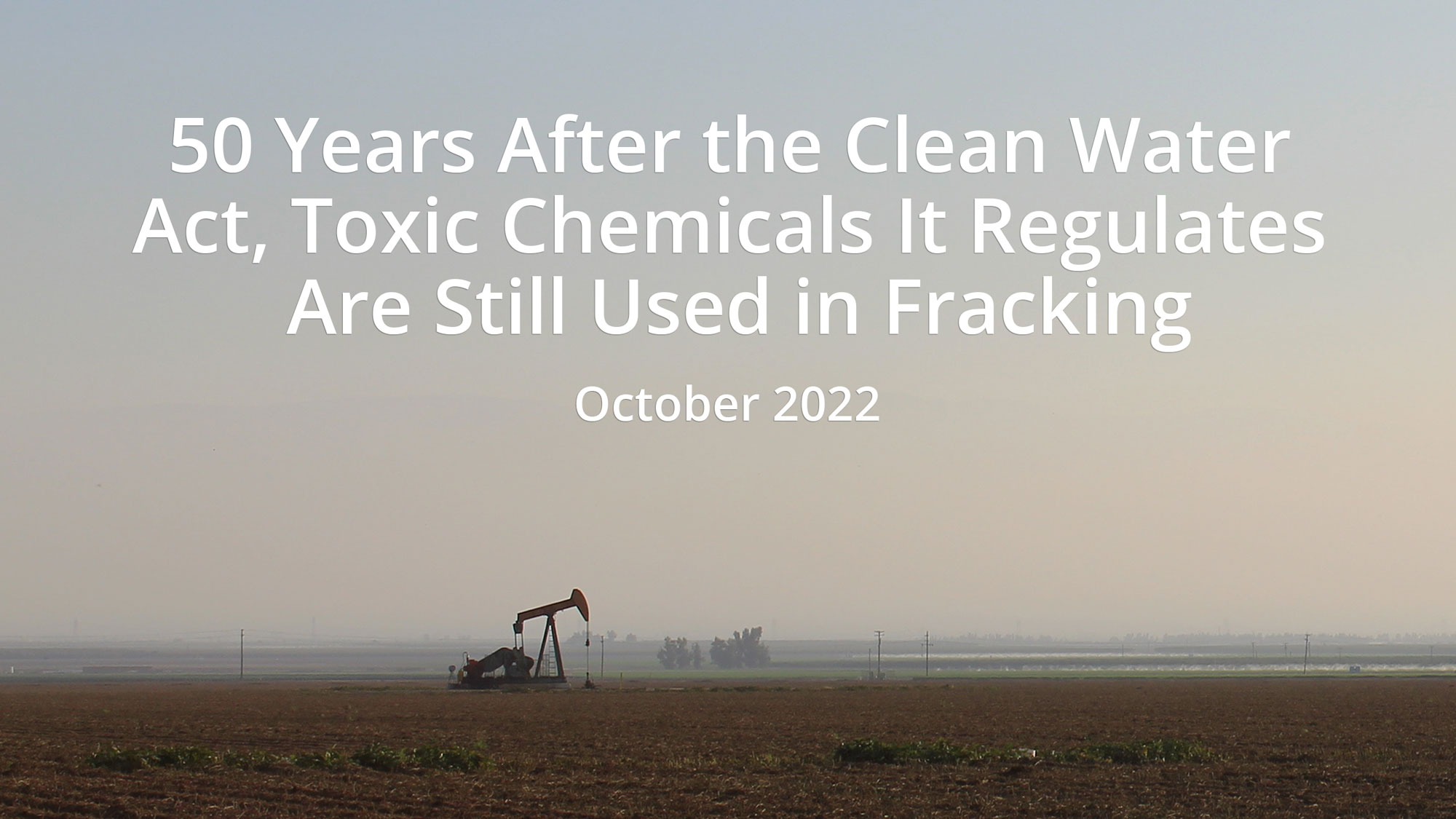 This October marks the 50th anniversary of the 1972 Clean Water Act (CWA). With the original goal of eliminating point-source pollution within ten years, the CWA articulated nationwide water quality standards to protect both public health and wildlife habitats. Fifty years later, and over seventy years after the onset of hydraulic fracturing (or fracking), federal loopholes and the structure of the CWA itself have left fracking largely unregulated. In this report, collaboratively authored by researchers at EDGI and Northeastern University, we offer a unique analysis of a) CWA-regulated chemical use within fracking and b) violations and EPA enforcement of the CWA within oil and gas facilities.

Although the CWA has, in some ways, been effective in achieving its original goal of eliminating point source pollutants, fracking is exempt from the CWA’s stormwater permit requirements and is therefore not regulated unless there is proof of fracking chemical contamination in surface waters. Our analysis of oil and gas facilities’ effluent violations, inspections, and penalties found that while violation rates have increased since 2001, inspection rates have decreased during that period. In addition, 85 chemicals regulated by the CWA have been used in fracking since 2014, totaling nine billion pounds.

This analysis is particularly important given that fracking is likely to remain a core part of domestic energy production for at least the next 50 years. Today, 17.6 million Americans now live within a mile of a fracked oil or gas well, exposing them to harmful chemicals that can have detrimental health implications. These risks are only projected to increase within a future that includes liquid natural gas as “clean energy,” as exemplified by the recent Inflation Reduction Act. In these findings, we see a clear need to better regulate chemical use and water contamination within the oil and gas industry. We suggest that in order to achieve its goals of healthy and safe waterways, the following revisions must be made to the CWA:

CONTACT: Report authors are available for interview. To set up media interviews or for other inquiries, please contact Kelly Wilkins at kelly.wilkins@envirodatagov.org.