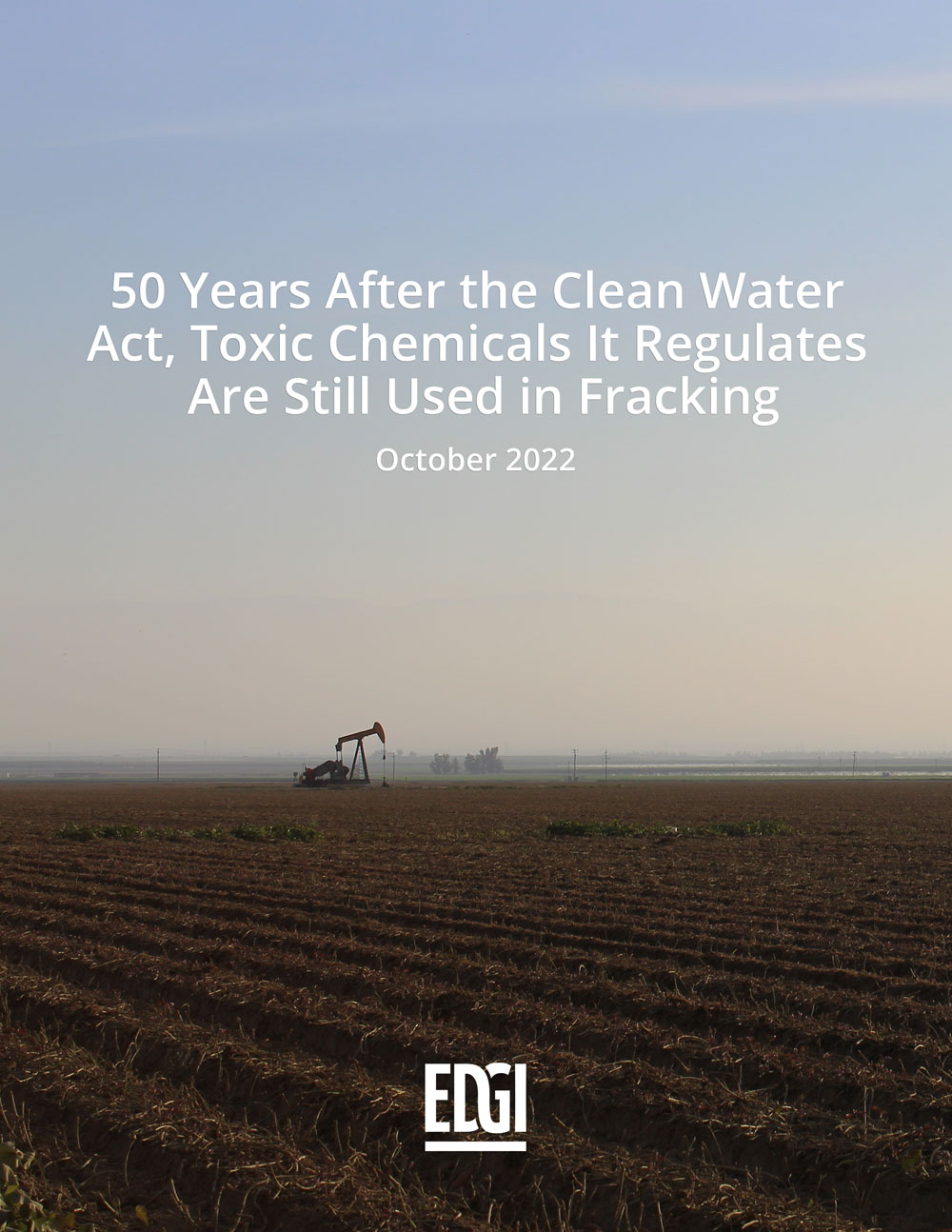 This October marks the 50th anniversary of the Clean Water Act (CWA), the United States’ primary federal legislation protecting water quality. The CWA is meant to minimize water pollution in rivers, lakes, and streams, protecting both public health and wildlife habitat. Fifty years later, and over seventy years after the onset of hydraulic fracturing (or fracking), federal loopholes and the structure of the CWA itself have left fracking largely unregulated. In this report, we share results from a novel analysis of fracking disclosure data showing that 85 chemicals regulated by the CWA have been used in fracking since 2014, totaling nine billion pounds over that time period. We combine this with an analysis of EPA data on oil and gas facilities’ effluent violations, inspections, and penalties that shows simultaneously increasing violation rates and decreasing inspections since 2001. Other key findings include:

By combining these different data sources within an intentionally fragmented landscape of data on oil and gas extraction, processing, and transport, we are able to create a larger picture of the CWA’s impact on oil and gas across the supply chain. Finally, we recommend changes to the CWA to make it more responsive over the next 50 years as the US deepens its investments in natural gas rather than truly renewable energies.