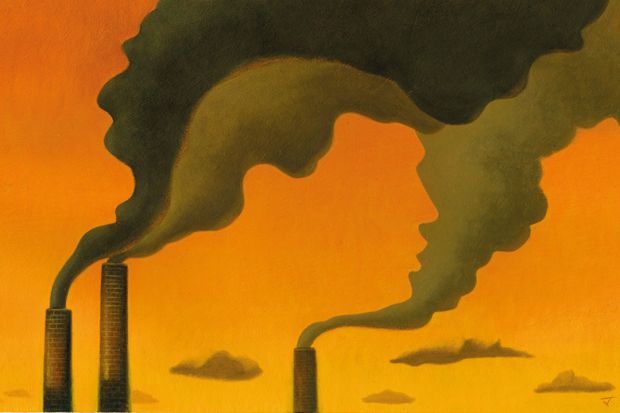 Sometimes it is deeply distressing to be correct. Until Donald Trump’s inauguration as US president on 20 January, all of us in the Environmental Data and Governance Initiative (EDGI) had hoped that our thousands of hours of volunteer work to archive federal environmental data and to monitor changes to agency websites, budgets and policies would be wasted time. But there is every sign that it was not.

Some observers suggested that Americans should take Trump seriously but not literally. But we have seen in just the first days of his administration a number of campaign promises put in motion, from the wall along the Mexican border to the ban on refugees and immigrants from seven predominantly Muslim countries. These early days have also been notable for the new administration’s hostility to evidence and its promulgation of “alternative facts”.

In this context, we must take at face value its promise to radically remake US environmental policy through actions such as slashing the Environmental Protection Agency’s workforce by two-thirds, repealing the Obama administration’s Climate Action Plan (which laid out a strategy for addressing climate change via mitigation and adaptation) and defunding Nasa’s climate-monitoring efforts.

EDGI’s international network of more than 70 social and physical scientists, archivists, NGO staff and programmers responded to those potential changes in several ways. Working with our partners at the non-profit organisations Internet Archive and DataRefuge, we are organising numerous archive-a-thons, at which more than 700 people have already archived almost 60,000 federal government webpages containing crucial environmental information, and identified nearly 1,600 datasets, tools and models for downloading.

EDGI has developed the technical infrastructure enabling this effort, from writing the primers that point participants to sensitive data, to programming the tools that enable them to successfully archive their findings. With our partners, we have worked to establish the provenance and chain of custody for archived websites and datasets, so that they can be used (and cited) with confidence once they are removed from federal oversight.

EDGI is also conducting fine-grained monitoring of changes to more than 25,000 websites at federal environmental agencies. This allows us to track when particular types of information or data disappear, but also to monitor more subtle changes in wording and organisational structure, as when the EPA’s citizen complaint office was transferred from the Office of Civil Rights to the Office of the General Counsel. This seemingly administrative move has real weight in a country in which environmental hazards are disproportionately borne by the poor and communities of colour, as it may discourage environmental justice complaints. Finally, EDGI is interviewing recently retired federal agency staff to gain insider knowledge of the current presidential transition, to compare it with previous transitions and to retain institutional memory likely to be lost in any large-scale downsizing.

Why have so many people donated so much of their time to these efforts? Data collected by US federal agencies is central to scientific research around the world. Its loss, or even interruptions in its collection that lead to breaks in the record, could have serious effects on international environmental research, particularly in relation to climate change. That is why European scientists have donated thousands of dollars to EDGI’s crowdfunding campaign.

Federal environmental data are also relied on by US NGOs, local governments and many businesses. Losing these data would thus affect laypeople directly through loss of local services and jobs and, potentially, through increased exposure to hazards (the city of Philadelphia, as the Storytelling Project at DataRefuge has pointed out, relies on Department of Energy data to accurately assess flood risk).

Finally, it is important to note that it is not just datasets and scientific tools that are at risk. The broad range of information on federal websites is a trusted source for the general public, from 11-year-olds writing school papers to adults trying to better understand their world. When, to pick examples from the past few days, links to basic information on hydrofluorocarbons are removed from the State Department’s website, or links on renewable energy and the consequences of fossil fuel use are removed from the Energy Information Administration’s page on coal, it impoverishes the knowledge base of millions of people.

You might well ask whether the deliberate destruction or obfuscation of public information is really likely in a modern democracy. But sceptics need only to look at Canada, where between 2006 and 2015 we saw the closure and destruction of scientific archives, the muzzling of scientists, cuts in environmental research and the dismantling of regulation under Stephen Harper’s administration. Indeed, EDGI is directly inspired by Canada’s Evidence for Democracy and Right to Know campaigns, which organised in response to these actions and successfully made evidence and scientific integrity a national political issue.

While reliance on scientific evidence is clearly not sufficient for just and democratic governance, we believe it is necessary. And we hope that EDGI’s unique combination of archiving, monitoring and interviewing will enable us not simply to respond to the current circumstances, but to help develop concrete positive visions for alternative approaches to environmental governance.

Rebecca Lave is an associate professor in the department of geography at Indiana University and a volunteer at the Environmental Data and Governance Initiative.